Resetting the Compass – Creating a Landscape of Possibilities

Vision and Mission of the Spirit of Humanity Forum:

A global partnership of organisations, communities and individuals, committed to improving the condition of the world and those who live in it. The Forum creates a safe space for dialogue and self exploration among leaders to discover new ways to move forward together.

What is the experience that we would like to have across these two days? 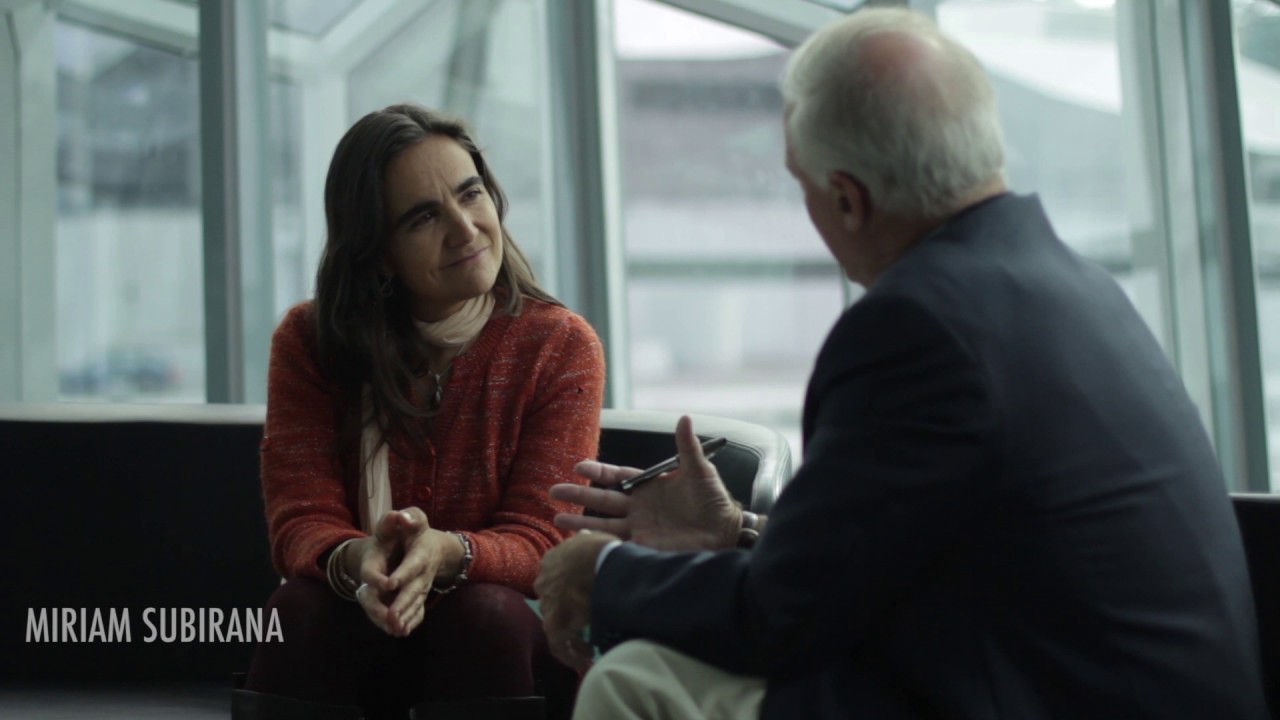 The process by which this will be achieved:

Resetting the compass – creating a landscape of possibilities

Here is a picture gallery from the event set up in chronological order, intended to give both a feeling of the atmosphere, an idea of contributors (only speakers from the stage is named here, full list is in the programme), aswell as a sense of how the programme unfolded. 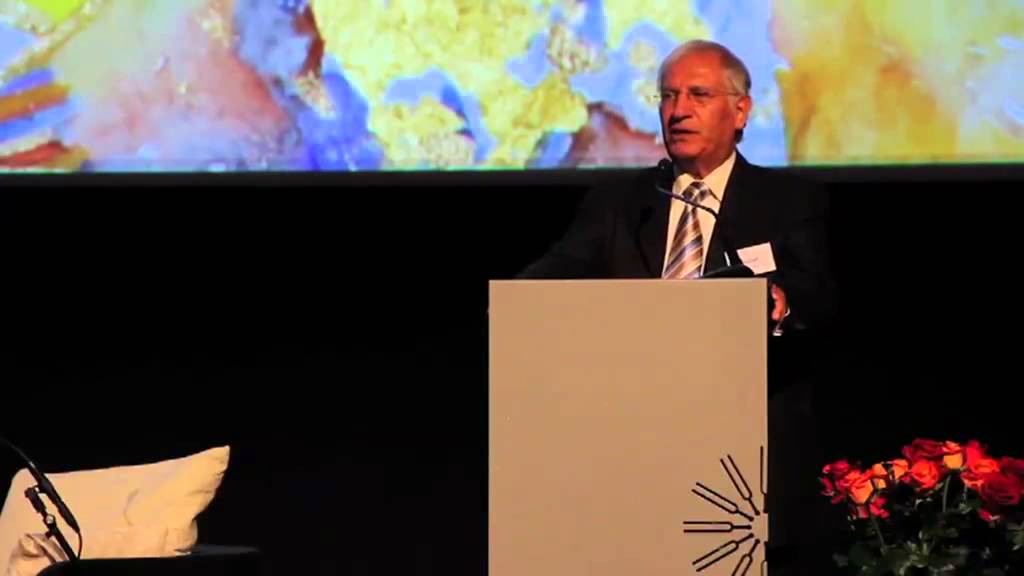 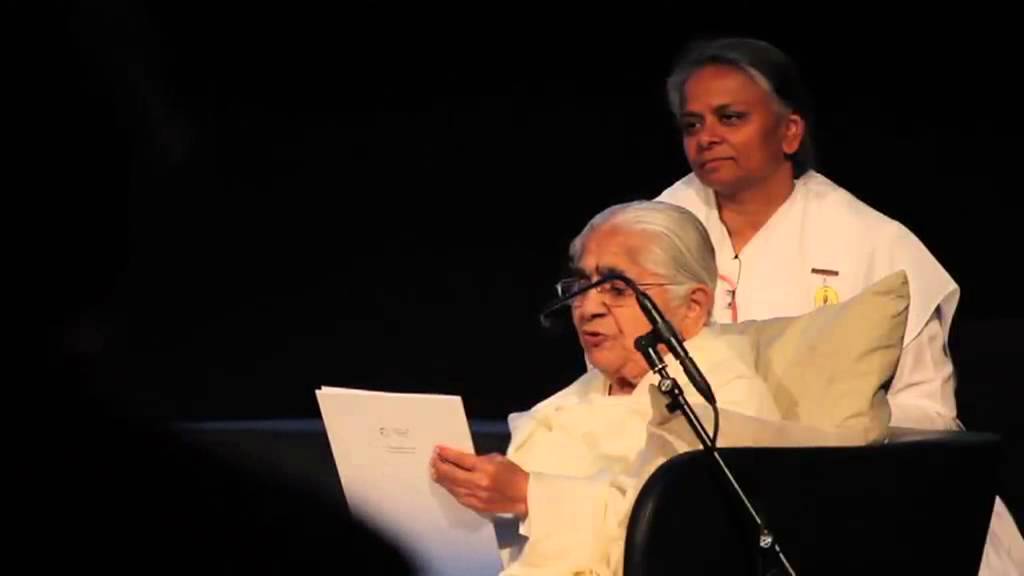 Greetings from Dadi Janki, Head of the Brahma Kumaris 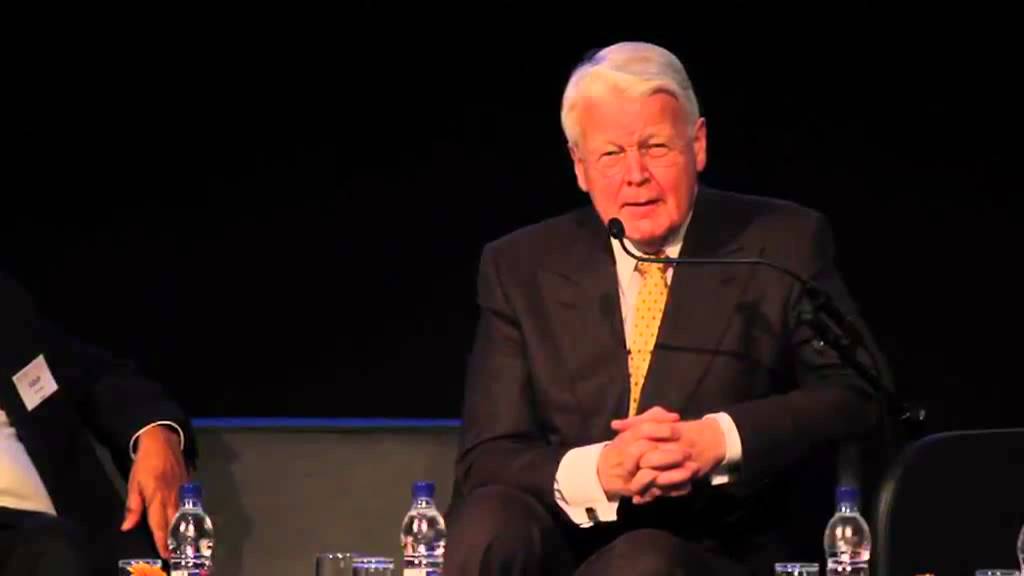 By HE Ólafur Ragnar Grímsson, President of Iceland 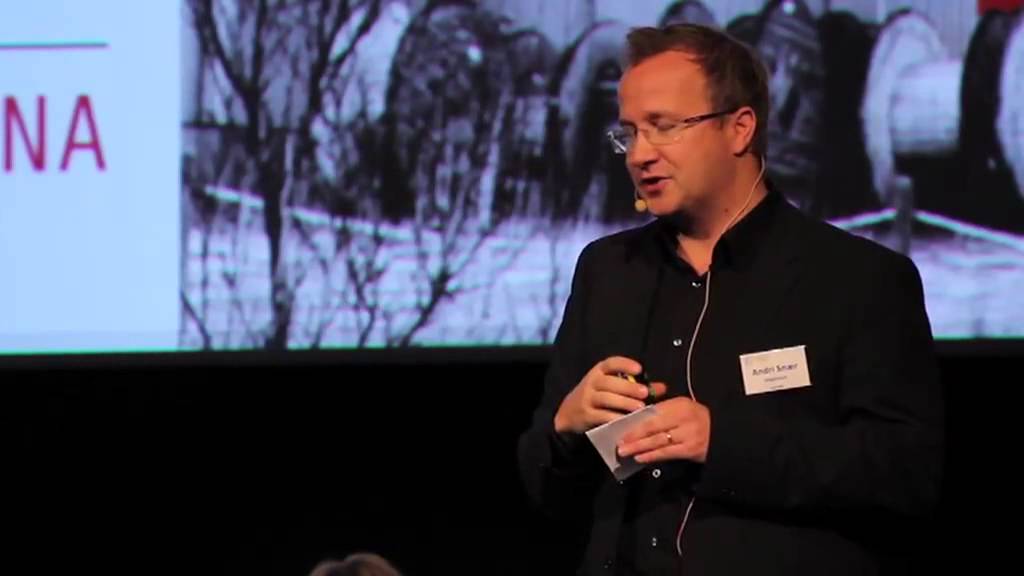 The National Assembly of Values presented by the Ministry of Ideas, interview by Svanhildur Konráðsdóttir and presentation by Andri Snaer Magnusson and Ingrid Khulman 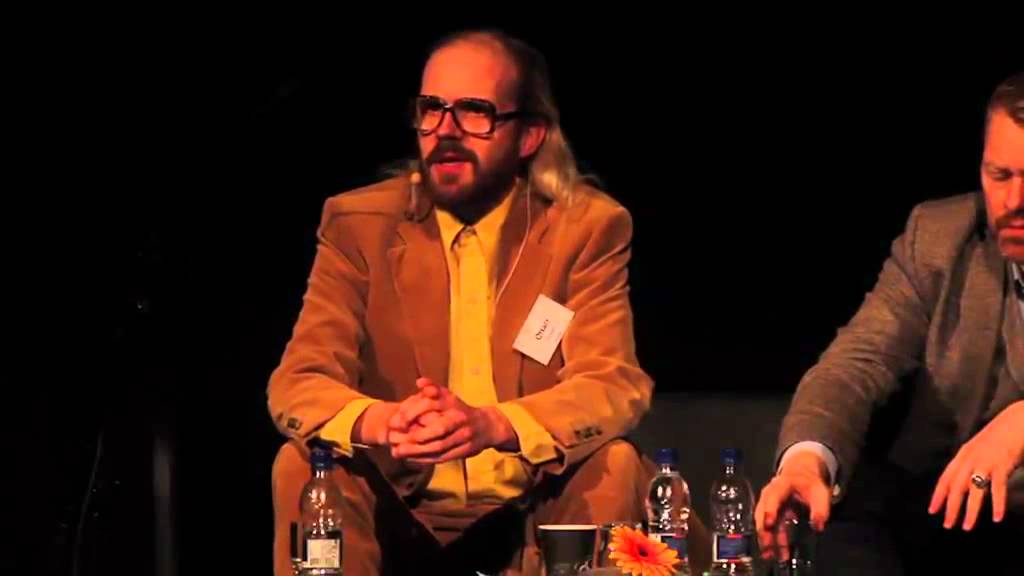 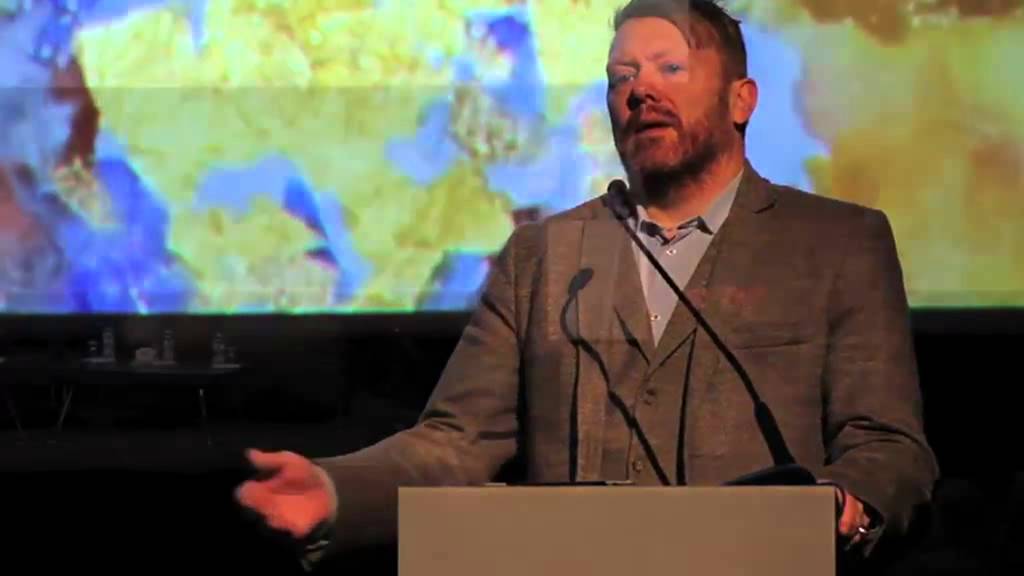 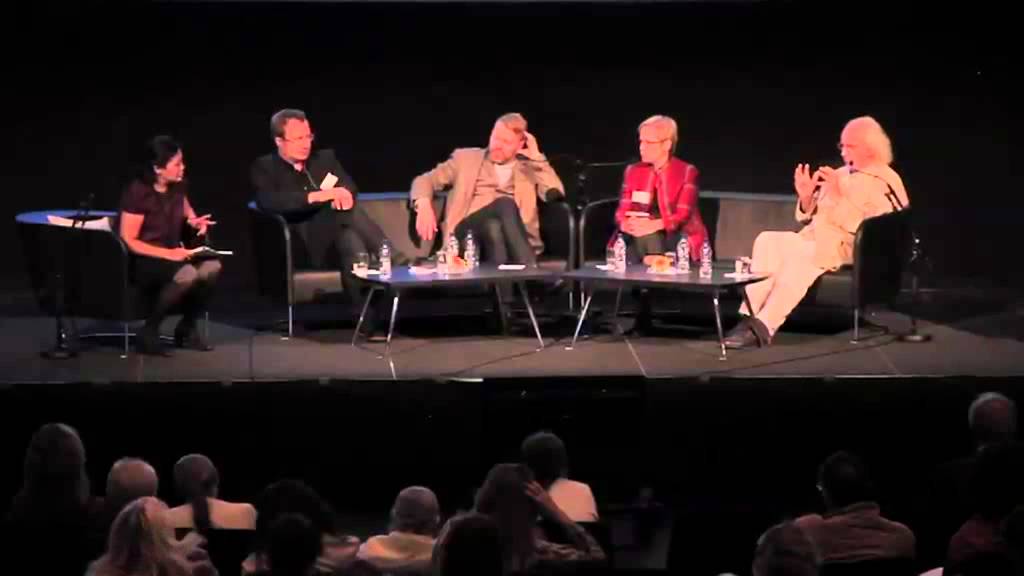 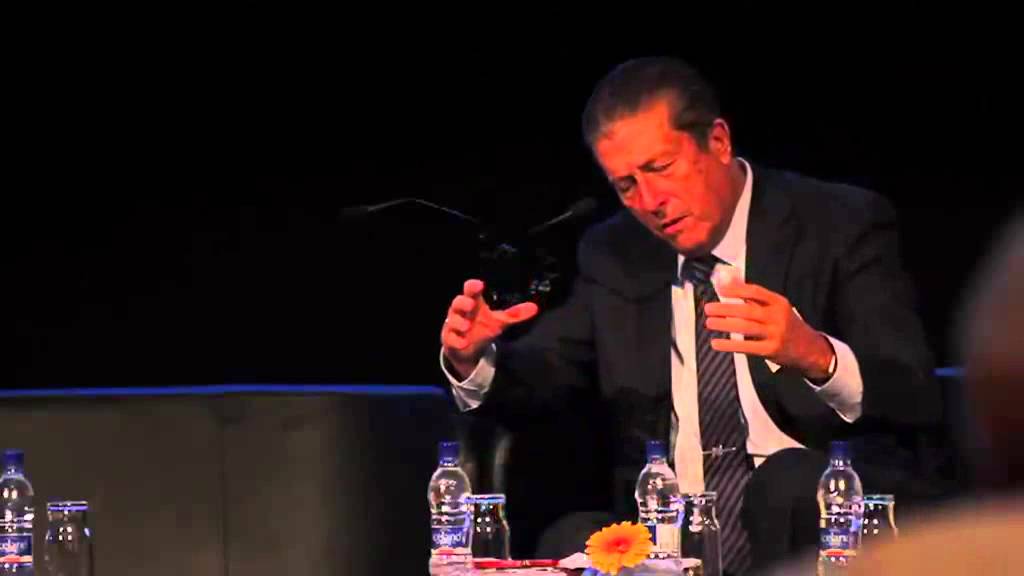 Insights on creating a Landscape of Possibilities:

Federico Mayor, Founder-President, Foundation for a Culture of Peace 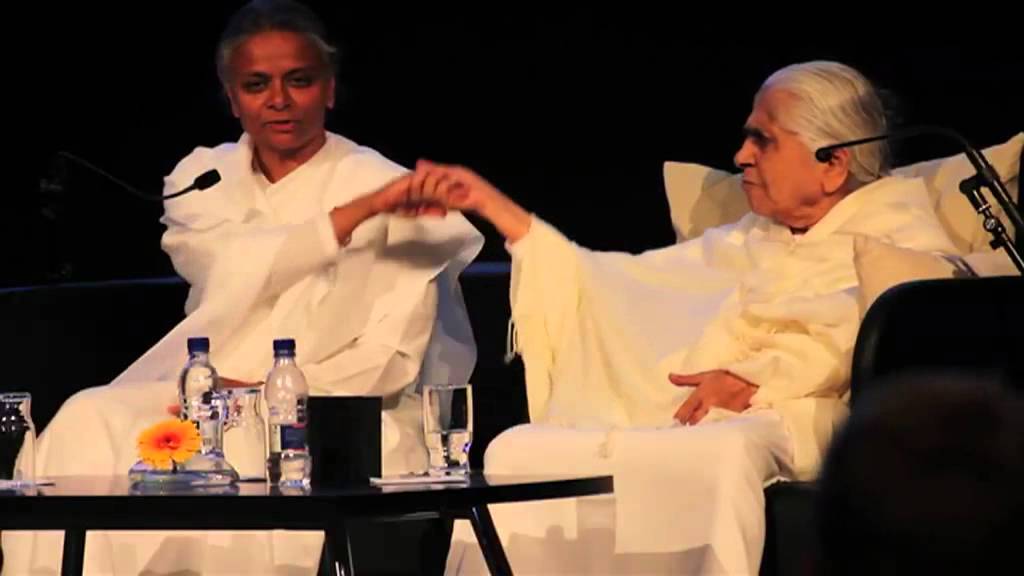 Insights on creating a Landscape of Possibilities:

Resetting the compass – creating a landscape of possibilities

This inaugural Spirit of Humanity Forum, Reykjavik, Iceland, 13-15 September 2012, hosted by the City of Reykjavik, brought together around 100 participants from 30 countries, all leaders in their fields. Main contributors were Federico Mayor, Founder-President of the Foundation for a Culture of Peace and former Director-General of UNESCO; Dadi Janki, Head of the Brahma Kumaris; the Most Revd. Thabo C. Makgoba, the Anglican Archbishop of Cape Town; and Clarke Peters, actor and director. There were special video messages from HE Ms Katalin Bogyay, President of the General Conference of UNESCO; the Rt. Hon. Artur Mas i Gavarró, President of Catalonia; Yoko Ono, artist and advocate for peace; and Francis Moore Lappé, Founder of the Small Planet Institute. The presenter of the Forum was Veronica Pedrosa, lead presenter on Al Jazeera English.

The Forum began with an evening reception hosted by Jón Gnarr, the Mayor of Reykjavik, at Höfði House, site of a 1986 summit meeting between Presidents Reagan and Gorbachev that led to the end of the cold war. The Mayor spoke of how those who believe in peace need to speak out more loudly. ‘We are not able to change the course of history, but we are, however, able to affect the future. And we should do exactly that. Let’s change the world!’

The next morning, participants received a stunning welcome from the award-winning Hamrahlid Choir, who sang their way into the hall and danced and sang Icelandic songs in traditional Icelandic dress.

In his opening address, HE Ólafur Ragnar Grímsson, President of Iceland, spoke warmly of Iceland’s connections with other countries, including India and China. He commented that whilst Iceland has the oldest democracy (its first parliament was held over 1,000 years ago), India is the world’s largest democracy. Referring to the Forum’s theme of “Resetting the Compass”, he said ‘this can be done through a combination of culture, vision and daring’.

Sabah Al Rayes, chairman, Al-Rayes Group, Kuwait, who also chairs the Forum’s board, spoke in his greetings of how we need better role models of those who live with values, to inspire the next generation. Dadi Janki, Administrative Head, Brahma Kumaris World Spiritual University, said ‘the Forum is for awakening the spirit of humanity – of kindness, compassion and love.’ HE Katalin Bogyay, President of the General Conference of UNESCO, gave greetings and inspirations for the Forum through a video message.

The Icelandic story was presented – how the country came through the financial crash of 2008 and organised a national assembly, involving a substantial cross-section of the population, to look at the values the people want to see expressed in personal and public life. Since the crash, surveys have shown that the well-being of teenagers has improved: with less money to spend, families are spending more time together. The Mayor of Reykjavik spoke of his belief in non-violence, and how he wants the city to become a capital of peace and spirituality. ‘Violence is a primitive, damaging, hurting way of solving problems,’ he said. Commenting that everything is too fast in today’s world, he said he is asking himself the question, ‘How can I take longer to think about doing less?’

The Forum heard stories of the deep personal transformation that can come about through facing personal crises in life from Upkar Arora, a businessman from Canada; Theary Seng, advocate for justice, Cambodia; Clarke Peters, from the US; Simon Xavier Guerrand-Hermès, Founder of the Guerrand-Hermès Foundation for Peace, France; and Mary Dwyer, Founding Director of Impact Solutions International, Australia. Everyone resonated with Theary’s question: ‘How do give your inner core energy so that it gets lived into action?’

In their reflections during the round-table discussions, The Archbishop of Cape Town asked, ‘How does the love, peace and compassion in me benefit the other? How can I let the God in me touch the God in you?’ And Ursula King, Professor Emerita of Religious Studies, from the UK spoke of our collective responsibility. ‘We have to live differently, in a world that is one. We need a new way of looking at things, so we can transform ourselves and go on this journey into the future together.’

Day two opened with a beautiful performance by Duo Stemma, with Herdis Anna Jonsdottir on viola and Steef van Oosterhout playing the Icelandic stone harp. This was followed by an enthusiastic address from Federico Mayor about the need to change the self in order to change the world – to be the change. ‘There is a special need for women and young people to come more to the fore… 95% of decisions in the world are still being made by men.’ Dadi Janki spoke of the importance of men and women working together for a better world. ‘When humility and humanity are together, we can come together without conflict; we become one. Then truth works automatically.’ A powerful few minutes followed, as Dadi Janki and Federico Mayor stood together in warm and silent contemplation on the stage.

Pepe Ninou Pere presented the national plan of values of the Government of Catalonia and a recorded interview with the President of Catalonia, who said: ‘It is very important to identify a correct link between what you think, what you say and what you do. If there is a correct liaison … this is the most positive message you can send to the population.’ HE Katalin Bogyay, in her recorded interview, emphasised the importance of communication and cultural diplomacy in bringing us together. ‘It is important for each of us to look inside and understand our true purpose in life.’ Frances Moore Lappé in her message encouraged a new framework. ‘We can break out of this frame of lack … and move to what the ecological world is telling us: connection continuous change and co-creation.’

Through round table discussions and periods of silent reflection, Forum participants had an opportunity to explore their own higher values and to reflect on how personal change can lead to systemic change.

In the final plenary many shared their hopes for the future and the need for higher values to come high on the agenda for all leaders.

Following a personal video message from Yoko Ono in which we heard her utter the famous phrase, ‘A dream you dream alone is only a dream. A dream you dream together is reality’, all were invited to write their wishes and hang them on two ‘wishing trees’ as John Lennon’s ‘Imagine’ was played. This contribution to an initiative for peace from Yoko Ono was our closing ceremony for the Spirit of Humanity Forum, September 2012, after which Sister Jayanti of the Brahma Kumaris asked everyone, in silence, to send thoughts of peace to the world.

On the final evening, participants were graciously received at the residence of the President of Iceland, where HE Ólafur Ragnar Grímsson encouraged everyone to continue with the work of the Forum.